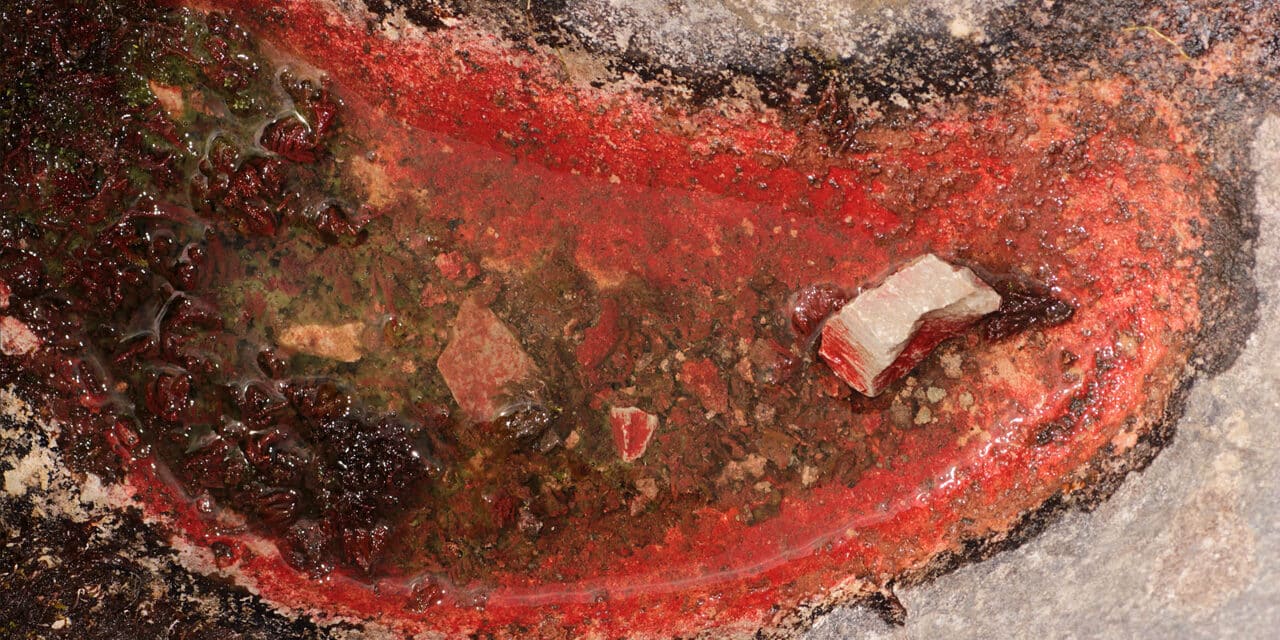 Astaxanthin is a red carotenoid pigment that can be found in the micro algae Haematococcus pluvialis, also referred to as blood rain algae. It is a powerful antioxidant and research has indicated it may have some serious health benefits.

Research into the antioxidant astaxanthin benefits has come up with some incredible findings. A comparison study showed that astaxanthin is one of the strongest antioxidants in nature, up to five hundred times more powerful than vitamin E and eleven times more powerful than beta-carotene. Further, Lutein was found to be only one third as effective as astaxanthin when it comes to detoxing.
Another study looked at the ability of substances to eliminate free radicals Here astaxanthin also outperformed all other powerful antioxidants sometimes by as much as 500 percent.

Astaxanthin may have very powerful anti-inflammatory properties and could be used to reduce chronic inflammation in the body. Patients with carpal tunnel syndrome were treated with astaxanthin in a study in California and after eight weeks of treatment the pain level of the test subjects was found to have been significantly reduced. A further study over nine weeks did not show any improvement in the symptoms of the test subjects, this could be because the dose of astaxanthin in the later study was reduced by 66 percent. More research is needed in this area, but the potential is definitely there. A study showed that astaxanthin may have an effect against sunburn and could increase the sunburn threshold of the skin by 20 percent without blocking the absorption of vitamin D.

In a double-blind placebo-controlled study, astaxanthin was shown to promote the growth of protective killer cells and help increase their effectiveness. Killer cells hunt down cancerous cells and cells infected with viruses in our body.

Free radicals attacking the skin can over time cause the skin to lose its elasticity and develop wrinkles. When free radicals attack the mitochondria (the energy generators in our cells) this leads over time to tiredness and may eventually influence the length of our lives negatively. Astaxanthin neutralises free radicals and removes them from our bodies at an incredible rate. This helps slowing down aging processes and may keep us looking and feeling younger for longer.

Several studies showed impressive results from using astaxanthin as a treatment for some types of cancer. A long-term study showed that cancer cells in breast cancer patients were reduced after taking astaxanthin. This makes sense as astaxanthin has impressive anti-inflammatory and antioxidant properties and also helps to boost the immune system.

Studies have shown that astaxanthin can help to detoxify the liver from free radicals which helps the organ operate at an optimal level. The liver can be under incredible stress due to diet, medication etc and free radicals can build up as the liver works to clean out our blood and detox our bodies. Astaxanthin was also shown to increase the production of enzymes in the liver that help reduce the risk of liver cancer.

Several studies carried out over the past years have looked at how astaxanthin can help the cells in the brain stay healthy and slow down the decline in cognitive function that comes with age. Cell damage over time which is caused by free radicals invading the cells of our brain can lead to conditions such as Parkinson’s or Alzheimer’s disease. The anti-oxidative effect of astaxanthin helps the cells to regenerate properly and remain healthy. Reducing these toxins in the brain is essential to reduce the risk of degenerative illnesses.

Astaxanthin reduces the levels of lactic acid in the muscles of athletes which helps increase performance and speed up recovery from exercise, according to several studies. These studies showed that participants who regularly took astaxanthin had 25 percent less lactic acid in their muscles after exercise compared to athletes who were not taking any.

The green microalga Haematococcus pluvialis is a tiny single-cell organism (only 8 – 50 µm (= 0.008 to 0.05 mm) small). It occurs in freshwater ponds, puddles, water holes or small stone basins. The red active ingredient astaxanthin is formed together with other carotenoids as a protective mechanism when the living conditions for the algae deteriorate, i.e. when the water puddle in which they grow dries up and they are exposed to too much UV radiation and a lack of nutrients. Ponds, water holes and small water basins take on a spectacular blood-red color when this happens. Astaxanthin helps the algae to last for years in harsh conditions. Once the water levels come back to normal, the algae are able to spring back to their former glory.

Of salmon and flamingos

Astaxanthin is a powerful pigment. So powerful that animals that consume enough of it start to take on the reddish colour of the pigment. This is why wild salmon are pink, they eat an astaxanthin rich diet in the wild and this gives them their beautiful pink colour. It also gives them the endurance to swim hundreds of miles upriver to their breeding grounds. Salmon that are reared on fish farms do not naturally develop this pink colour in their flesh, rather a dull grey colour. The fish are then fed synthetic astaxanthin or a petroleum-based dye to make them pink. Food for thought…

Flamingos also have an astaxanthin heavy diet helping to give them their rich pink colour. Astaxanthin helps them live long and look fabulous.