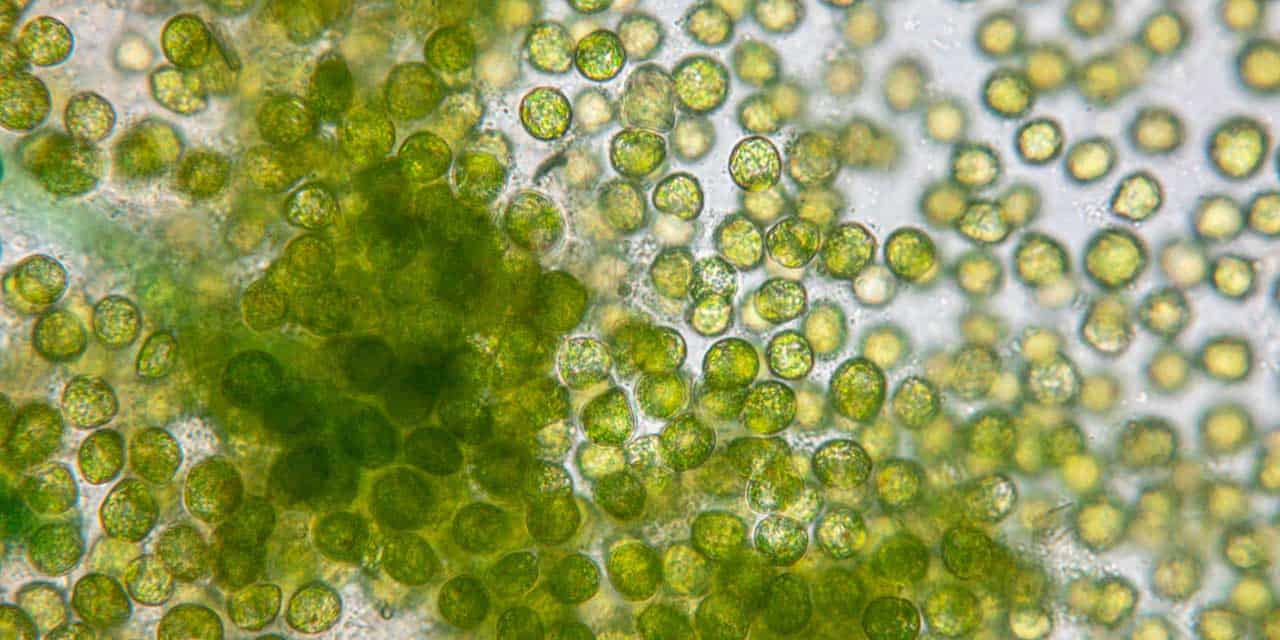 Chlorella has an enormously high proportion of chlorophyll, which helps with blood purification and the formation of red blood cells and activates the metabolism. It is also said to support healing processes in the body and protect the cell walls from enzymatic destruction by invading bacteria. By helping to break down cholesterol, chlorella can prevent cardiovascular problems. It can also improve the complexion, reduce wrinkles and help you lose weight. One of the most touted benefits of chlorella is its ability to detoxify the body by tightly binding high concentrations of toxins, heavy metal ions, and other toxins found in the intestinal fluid to its cell wall (fibre) to keep them from being reabsorbed in the intestine and instead flushed out of the body. Recent studies are designed to explore the effect of chlorella on cancer.

Chlorella is 50 to 60 percent protein and is a complete source of protein as it contains all 9 essential amino acids (the building blocks of protein).

The small green cells of chlorella provide a wide range of antioxidants such as carotenoids and lutein.

The cell wall of chlorella contains an abundance of dietary fibre, which enters the intestine undigested to stimulate intestinal activity.

Chlorella algae are a good source of iron, and they also contain manganese, zinc and copper.

New research suggests that chlorella algae contain high levels of bioavailable vitamin B12. Furthermore, chlorella is a good source of vitamin C and also contains vitamins K, E and other B vitamins such as folic acid (B9).

Chlorella vulgaris is a unicellular, tiny, green freshwater alga. In contrast to spirulina and AFA algae, chlorella has a cell nucleus that distinguishes it as a microalgae. Its name is composed of the Greek word chloros, which means ‘green’, and the Latin suffix ella, meaning ‘small’. According to estimates, chlorella has been around for around 2000 million years on our planet, making it one of the oldest plants in the world!

It owes its deep green color to its high chlorophyll content, and in fact a larger proportion of chlorophyll has never been found in any other plant. The high chlorophyll percentage means that chlorella is highly efficient at converting sunlight into biochemical energy through photosynthesis. Chlorophyll is also responsible for making plants green and is therefore also known as the blood of the plant.